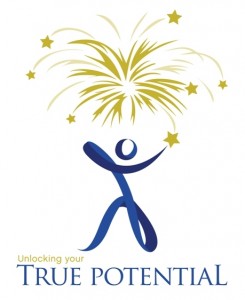 The True Potential scholarship focuses on creating opportunities for young immigrants who have Deferred Action for Childhood Arrival (DACA) immigration status. This immigration status is commonly called the “Dream Act.” These immigrants are not eligible for any public benefits, including federal financial aid and many scholarships. Because of the public funds restriction, True Potential uses 100% private donations and private institutional funds.

We have been very successful thus far, working to partner with the four community colleges these students are attending. With their agreement to match our funds for each students’ education, it is our hope to continue to expand this program in the future, supporting the initial five students, in our second year seven students and more recipients in the years to come.

The idea for this scholarship was born out of experience. Ross Pesek, the founder of this scholarship, was able to attend college and law school because of the generosity of others. Ross attended Central Community College, Wayne State College and the University of Nebraska College of Law over seven years and never paid any tuition. Ross often gives thanks to the donors whose generosity allowed him to get his education and begin to fulfill his true potential.

Since graduating from law school, Ross has dedicated much of his efforts towards helping others in his community. Ross opened a free legal clinic in South Omaha at Our Lady of Guadalupe Catholic Church where he gives free legal advice in Spanish every Monday night. He was met with over 800 people in three-plus years at the clinic. Ross has also announced immigration reforms to thousands at local churches and personally helped over 80 young people brought to this country as children obtain DACA. Finally, Ross has a thriving legal practice that is heavily influenced by Spanish speaking immigrants. In his daily work he tries to validate those individuals who gave him an opportunity by creating the scholarships that funded my education.

Click this button to donate to the True Potential scholarship fund: